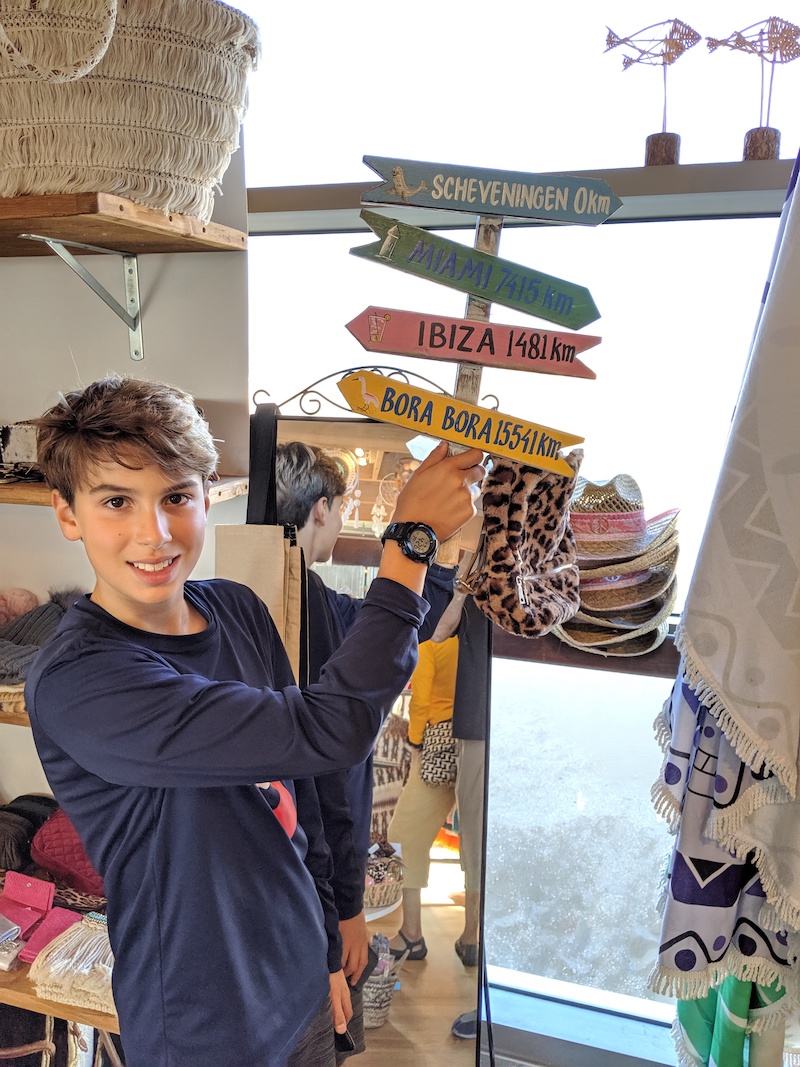 From Amsterdam, we motored back to the locks at Ijmuiden for about an hour. We were directed to a different lock by VHF radio when we arrived. We mixed up the “middle” lock we were directed to go to, then raced to get into the correct lock. We were then only boat in lock. We didn’t tie up, but instead just idled in middle as lock docks were low, wet and dangerous. It was then a short fairly sail, 30 miles, from IJmuiden to The Hague. There was little wind, so we mostly motored to start. The wind built in afternoon, and we sailed the last part of the trip into Scheveningen.

Additionally in The Hague, we visited the Mauritshuis Museum that holds the Girl with a Pearl Earring painting by Vermeer. In the museum, you could hear on the audio about the story behind the art and the artist.

Scheveningen port has a nice beach mall where there is a dock on a beach with a mall on the dock. On this dock there was also a Ferris wheel bungee jump and zip line. (Now you are probably thinking this is quite the dock and why yes, this was quite the dock.) Plus, they had a very sweet ukulele store where I got my ukulele. The Hague was a very fun place.