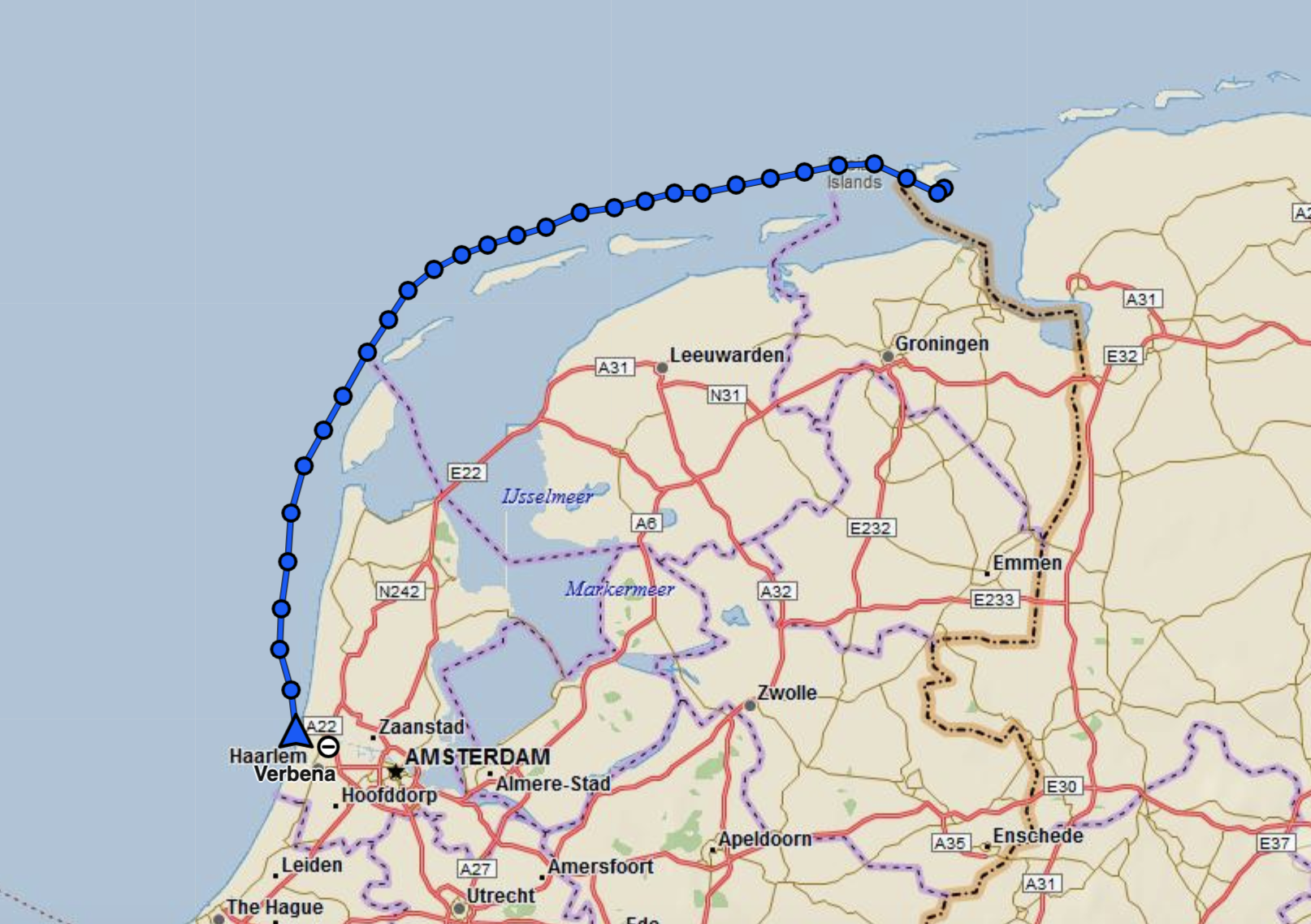 After our trying journey to Borkum, we were not eager to head upwind in big seas again. Our French neighbors at the catamaran kindly invited us over for a drink. They were headed back to France and had also diverted into Borkum the day before we arrived. They had sailed overnight the prior night and had several passengers sea sick. The son who was doing some of the sailing swore the squalls at night had freezing rain in them. We were all waiting for a better weather window to sail west. Unfortunately, we were looking at the next 3 days of 25 to 30 knot westerly winds with rain and rough seas – so we spent some time in Borkum!

The kids and I took the bus from the marina to the town and went grocery shopping. We got angel food cake, whipped cream and strawberries to make Bill a birthday cake – Bill’s Borkum birthday! We also went one day to Gezeitenland – this water park with saunas. [Note: Germans do not wear clothes in co-ed saunas.]

Finally, the wind direction changed and we headed out of Borkum on Sat. Sept. 7 at 6:30 am. The channels were so much easier in the daylight.

We had a long sail ahead of us. We were heading to the port of Ijmuiden (pronounced “Ay-mowden” I am told) which is the port outside of Amsterdam. I had called the marina and told them we were arriving late.

As we headed west, the trip started out upwind again. But the wind went north and we rounded the coast to go south, so we ended up sailing deep down wind by the end of the passage. It was better than pounding upwind in big seas but there were still big waves. We were rolling around most of the day, with a single and then double reefed main. The last part of the trip when deep down wind was done with jib only – it became difficult in the big waves going that deep down wind to prevent a jibe. Wind was 15 to 30 knots with of course squalls going through.

We arrived in Ijmuiden at about 10:30 pm, well after dark. Entering the harbor was pretty straightforward. Entering the marina, however, was pretty stressful. There was not much room to maneuver in the marina and we had to dock with significant wind in the dark. A sailor from a motor yacht nearby came and helped us tie up. Less trying than an all day day upwind sail, but still a pretty trying sail. We were eager to go through the locks the next day, motor 12 km to Amsterdam and get off the North Sea for awhile!