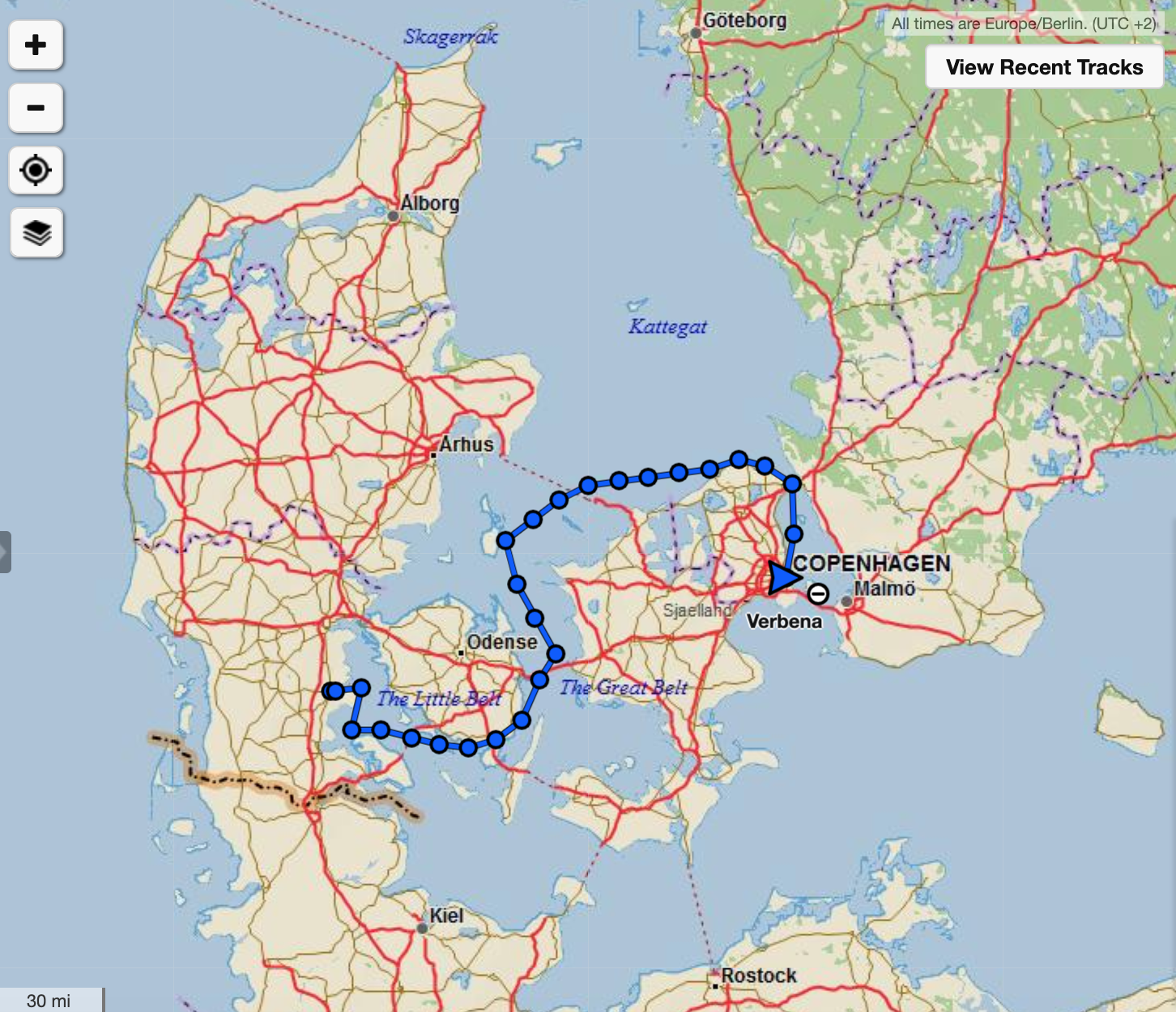 Sailing out of Haderslev, I was struck by the fields and farms along the ocean and fjords. You see wheat fields, combines and cattle at the water’s edge. It reminds of Michigan, at least the Thumb of Michigan – if you moved it to the ocean instead of Saginaw Bay.

Aug 3:
When we first left Haderslev, which is in a fjord, we planned to go to the marina at the mouth of the fjord. There was a whole list of items to do to get us off the dock – needed a bridle for towing the dinghy, needed to check our inflatable life jackets, needed to stow lines etc. – which took more of our attention than our destination. One of the owners of X yachts has a house at Aarøsund, and Klaus, the project manager from X, thought we “may be” able to get in there. (As Klaus typically was pretty black and white with what we should do with the boat, I did take notice of his may be we could go there.) Turns our Klaus was hedging for a reason. We tried twice, touched bottom, reversed, and did not get in.

First realization – Verbena is a big boat! And marinas in Denmark are pretty shallow. Unthwarted, we continued on. Anchoring seemed like a safe (and the only bet at the moment) as we could pick our depth. We did get into Dybvig Bugt harbor not far from Barsø Island. We did not get off the boat but had a nice uneventful first night at anchor.

Aug 4:
From there, we sailed down wind in a pretty solid breeze for a few hours and anchored off the island of Lyø. It was windy when we anchored but there was lots of space. In the morning, we put the engine on the dinghy for the first time and went into the island. We walked around and bought a few items at the general store. Agricultural, cute island – sort of removed from the rest of the world in the vein of Cuttyhunk in Massachusetts.

Aug 5:
From Lyø went on to the next island of Avenakø, which was similar but a little larger than Lyø. We could not get into either marina. We anchored off Avenakø and watched the people on shore preparing tents and facilities for a music festival later in the week. We walked across Avenakø, stopped at the hotel for a pretty traditional Danish dinner.

Aug 6:
From Avenakø, we headed toward Svendborg, where we could get into the marina. But we decided to continue up the coast onto Nyborg with Copenhagen in our sights. We were able to dock right in the old harbor in Nyborg, with restaurants and shops nearby.

Aug 7:
We also met the sailmaker in Nyborg in the morning. We did some windward and leeward legs with Christian, the North Sails sailmaker from Denmark, with the main, jib and spinnaker in the harbor outside Nyborg. He was quite helpful with how the sails should be used and raised an issue about the main configuration that we need to follow up on.

Second realization  – being on the move, figuring out where we are going/how to get there/what to do there, sailing the boat all day and maintaining the boat is not exactly restful. After Bill recited his current “to do” list for the boat, the kids became quite skeptical of Bill’s stated aspirations to learn Latin and maybe piano with them this year in his free time.

We dropped Christian back at the dock in Nyborg and headed onto Samsø Island. We had to head further east than we wanted to get under the Store Baelt Bridge. We actually just measured the mast height to ensure that we could make through approaching bridges (and the mast appears taller than it states in the owner’s manual!).

The weather has been windy and pretty changeable in Denmark almost every day – quickly going from sun to rain as small storms pass through. We got hit with a rainstorm and some pretty strong winds right after passing through the Sore Baelt Bridge. Eventually it cleared mostly, though we had very strong southwest wind, about 25 knots, for our trip mostly north to Samso Island.

We were able to tie up alongside and avoid the box berthing maneuver in Samsø, although we did get neighbors who tied up off of us. The neighbor was a beautiful 12 meter named Vanity. Samsø had a little beach, ice cream, grill, restaurants and grocery store all nearby.

Aug 8:
We left Samsø fairly early to get to Gilleleje on the north coast of Denmark. Gilleleje is an old fishing town that is becoming more touristy. There is a big French fish market in the harbor. We ended up tying up with a Swedish boat for the night. It was a bit rainy but we enjoyed some nearby seafood.

Aug 9:
The next morning we left for Copenhagen. There was not a lot of wind, but we did put our sails up and sail upwind a bit in Oresund – our fist upwind sail of the trip – sunny, light wind day. Bill was giddy that Verbena was able to sail faster than the wind speed. Entering Copenhagen was not as busy as I imagined. We eventually tied up alongside a pier and were promptly in front of a dance show – nice welcome!

Final realization – Copenhagen is very impressive. If the wind direction does not change, we may just end up spending the year here 🙂 which currently sounds a lot better than doing 200 miles upwind in 20 plus knots of wind. 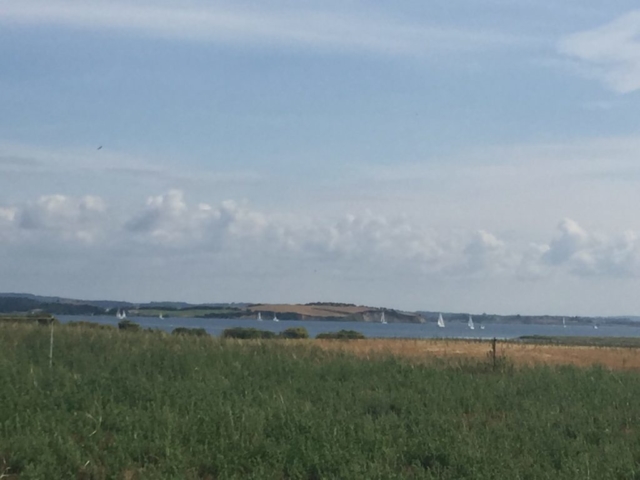 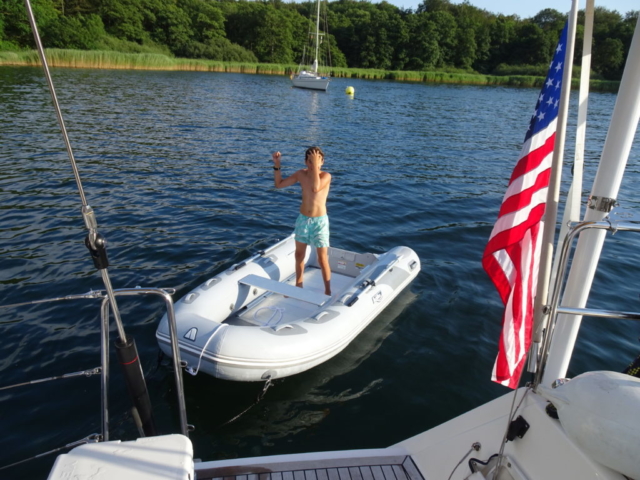 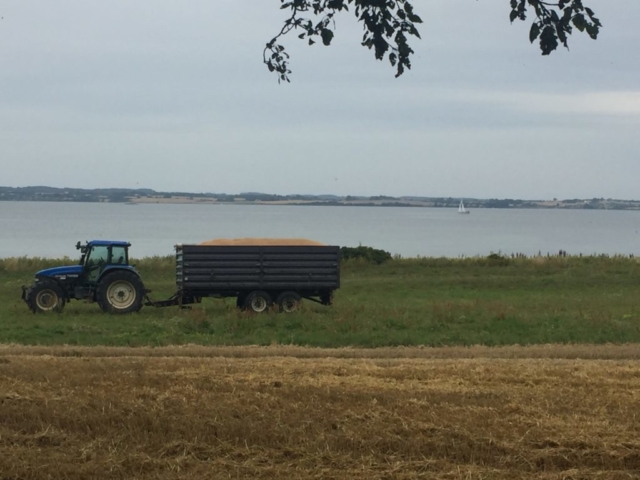 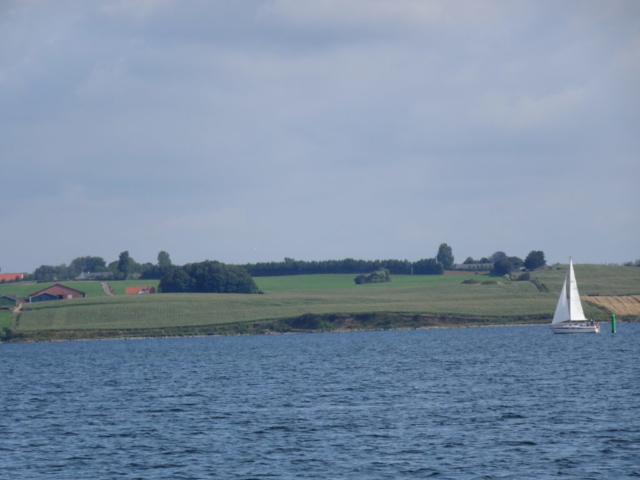 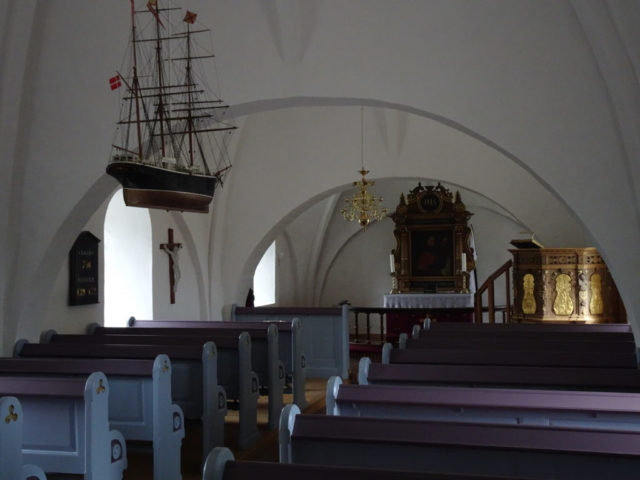 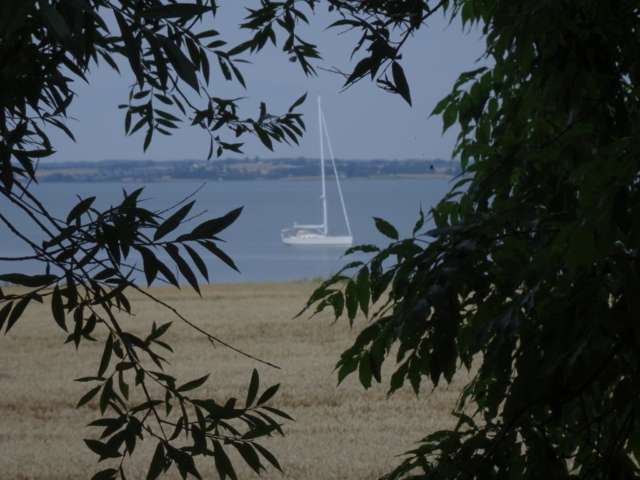 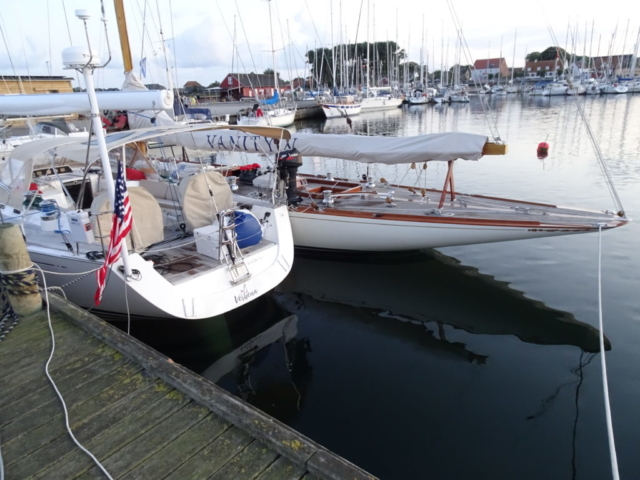 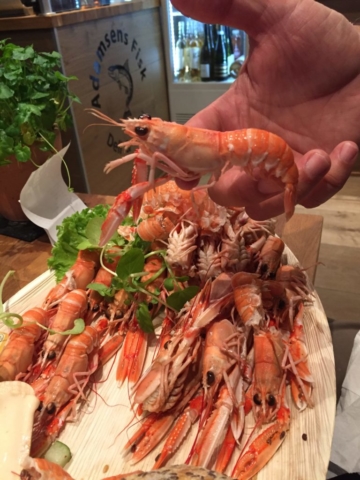 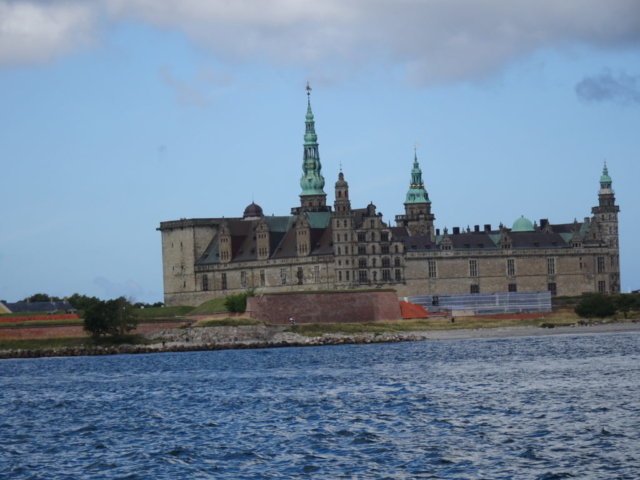 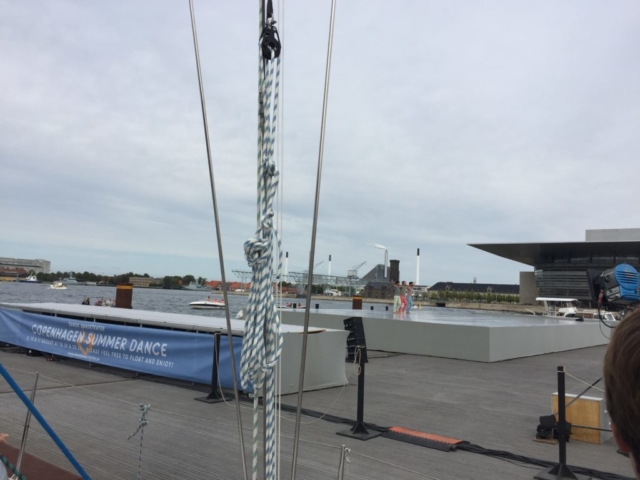 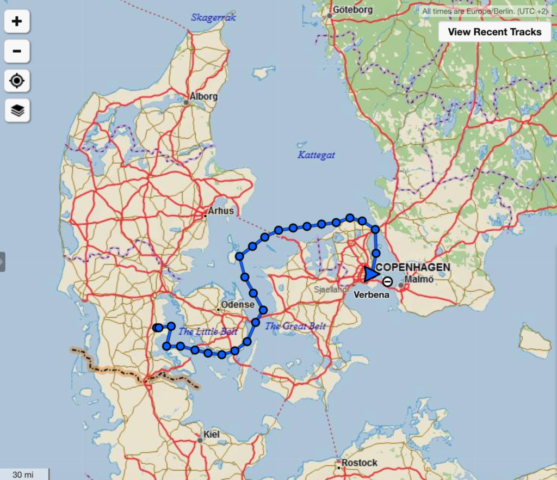