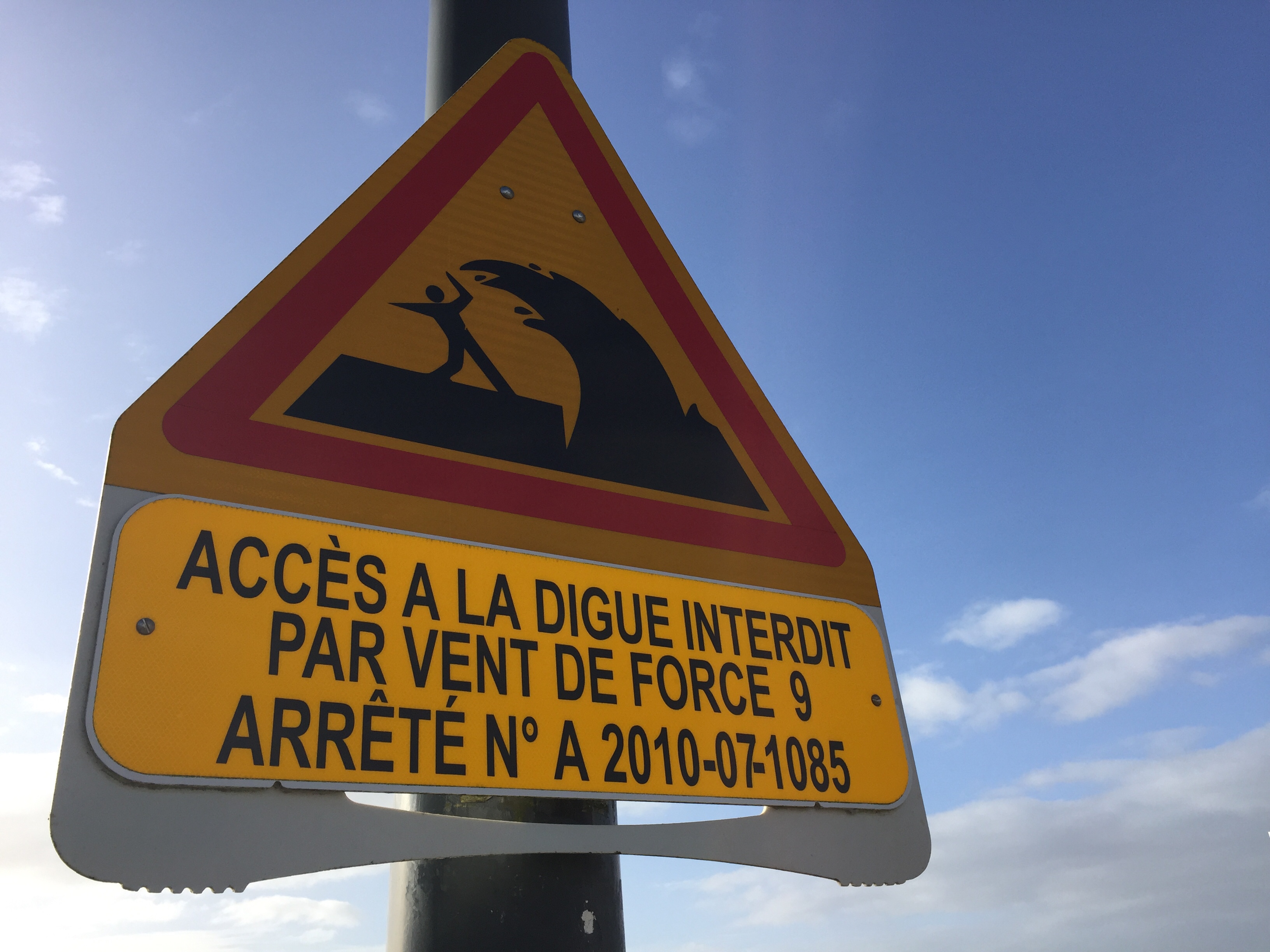 First – To start us off – crepes! Crepes originate from France especially the Brittany region where we were and I found that they are very good. The Jacobson’s were “Borkum-ed” (stuck in a place for a while because of weather, named after the first place we were stuck Borkum) once again in northern France. We were “Borkum-ed” in Roscoff due to an actual hurricane. While Borkumed, we found a fine crepe place with a tasty scalloped potatoes with a cream cheese and bacon ham crepe. There is also the chevre crepe or goat cheese crepe usually with some honey and pine nuts. There is also a goat cheese salad. The last week in France the Jacobsons kind of went on a goat cheese and crepe craze. You heard it – the Jacobsons are creped out.

Second – walls. The French are really big on walled cities. Here there are several places surrounded by walls. These walls are very old and mostly were used for keeping out attackers. There are a few towns and parts of town that have walls and forts around them. The French would not pass an opportunity to make a fort. Some of these forts were used in World War l and World War ll.

Third – they love their language. Now we have noticed fewer of the French speak English than people in Denmark or Holland. The French usually speak a little English, which is quite a bit more than my French. They try to make you speak French. The will say a word in French then talk really fast in French. It turns out to be battle of who will speak which language.

Finally – high tolerance for cholesterol. My dad whaches his cholesterol and is amazed by how much cheese, butter and meat the French eat without any problems.