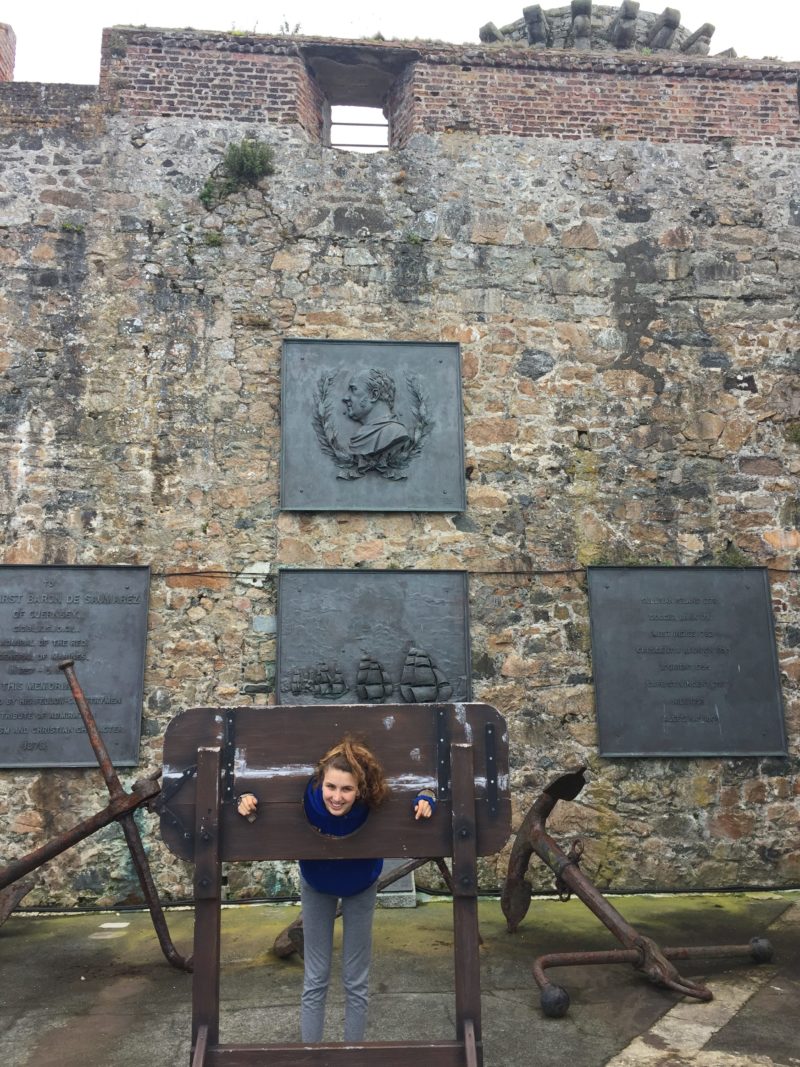 The first thing we saw when we laid eyes on Guernsey was a medieval looking castle which looked to have a mote around it, and as we turned the corner we saw the cute town of Port Saint Peter. The sail was so good on the way here we almost thought to keep going all together, but seeing such a cute town and marina we had to stop. It was tempting to keep going because this was one of the first sails since we left with flat seas and a steady wind. You could see houses all leading up over a hill with the marina right in front of it. We all knew very little about the history of Channel Islands, although we did think it was weird that they were British but were so close to France. However from our exploration around the island we have discovered the history and the culture.

When we visited the Cornet Castle, the same one that greeted us when we entered the harbor, we found out about the slightly disconnected island which created a natural mote at high tide. We learned that the Channel Islands came under British control when William, Duke of Normandy, became King of England. Prior to this he was in possession of the Islands so they became an addition to the British Crown upon his ascension to the crown. The British people also settled on the Channel Islands and today there is a large population 10 times the size of Martha’s Vineyard and a little bit smaller then Bermuda.

We also stopped at another quick museum which was a bunker where the Germans stored fuel during World War II. We learned that Guernsey along with the other Channel Islands were under occupations for most of the war, from 1940 to 1945. Once inside the museum we noticed a very interesting fact, because this island is British and everyone on it spoke English all the documents surrounding the occupation were in English. These Islands were the only islands to have this. We could read the newspapers from the time and the rules the Natzi’s had implemented from the original papers, not translations, which really added to the authenticity. The museum also had a lot of other collections too, including stamps, medals, and pictures.

One of the highlights we saw after our trip to the castle was these swimming pools on the coast along the rocks. The pools would fill up at high tide as the water comes up and pour water into the pool and it would get trapped as the water level goes down. The islands has 33ft tides, making them one of the greatest tidal differences in the world! (And also making it challenging to sail around) It was very picturesque and these natural pools attracted a large audience. Since we saw this as an opportunity we couldn’t miss out on our family (minus mom), even jumped in as well! Then we took a short walk up the hill to get a view of the coast which was equally as wonderful.

Then Dad wanted to try Indian food from Britain because we missed out on that in Cowes, so we had to try the food here. We ordered lots of different types of food that was really good and different from the pub food we had had before. Once full, we found our way back to the boat after that to watch an episode of Lost and get to bed early for an early day of sailing tomorrow. 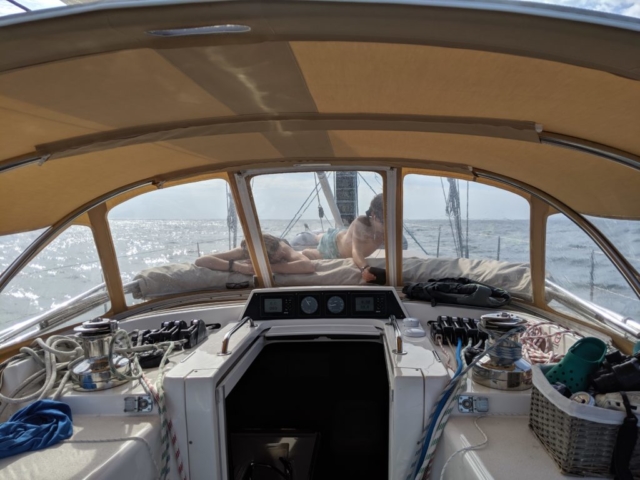 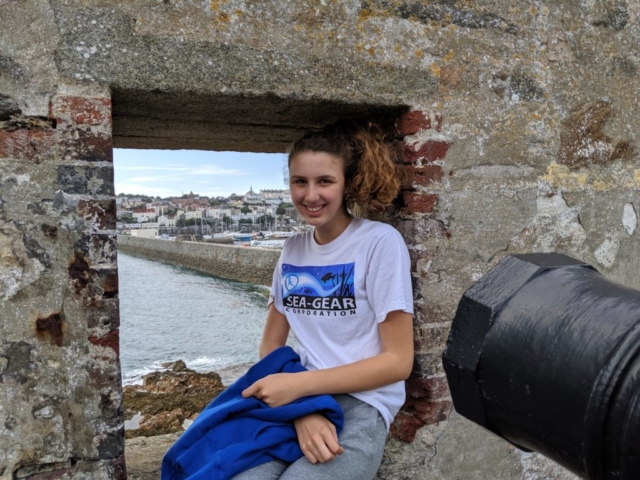 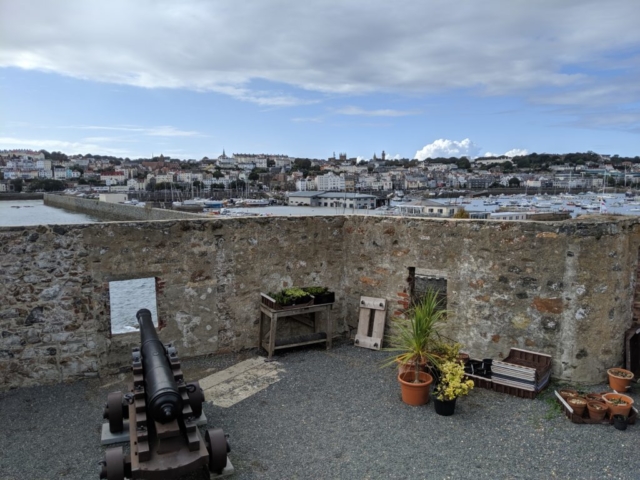 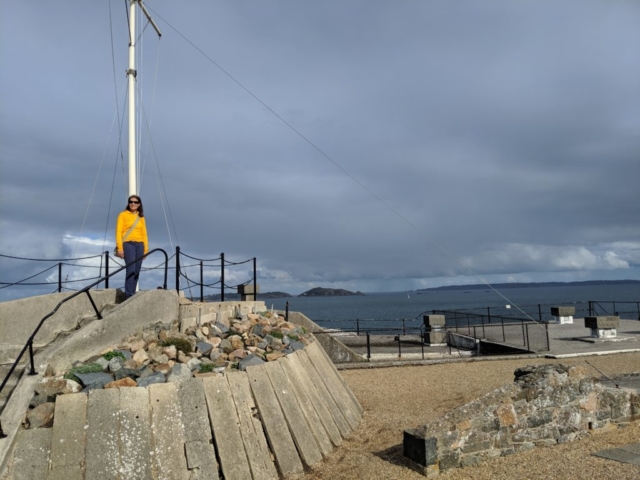 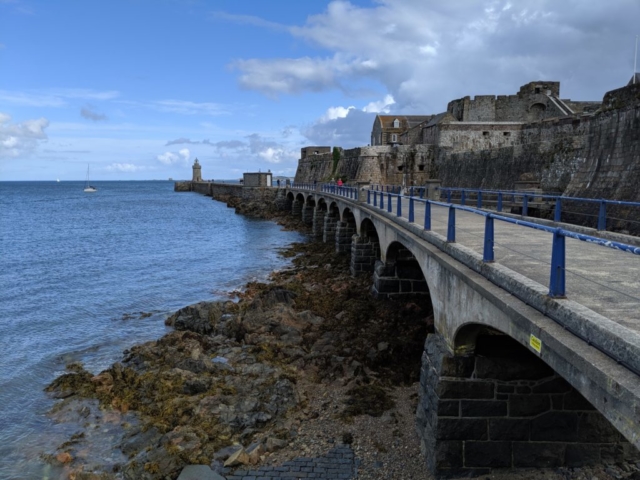 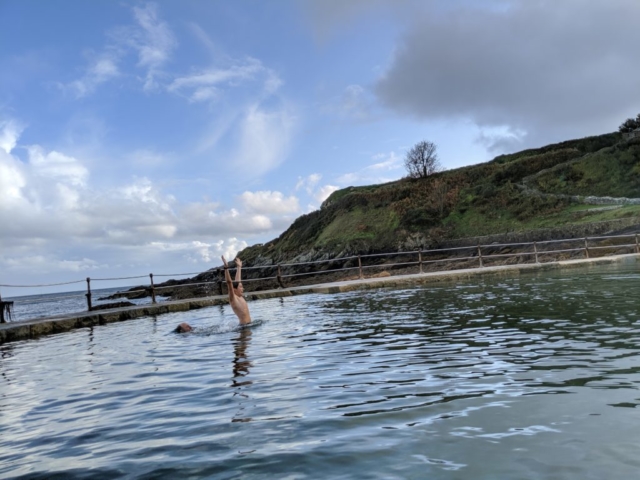 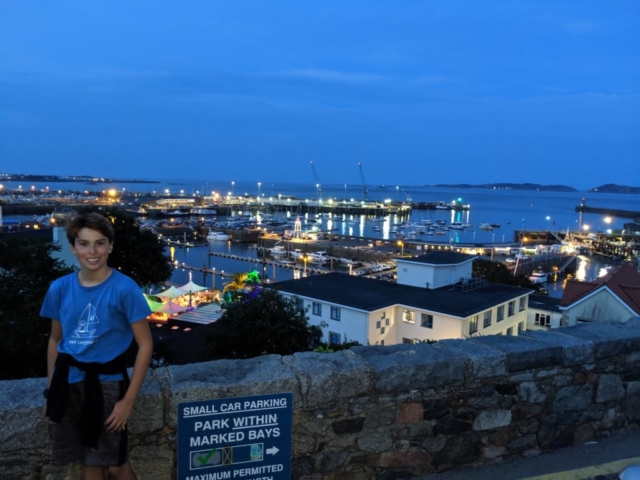 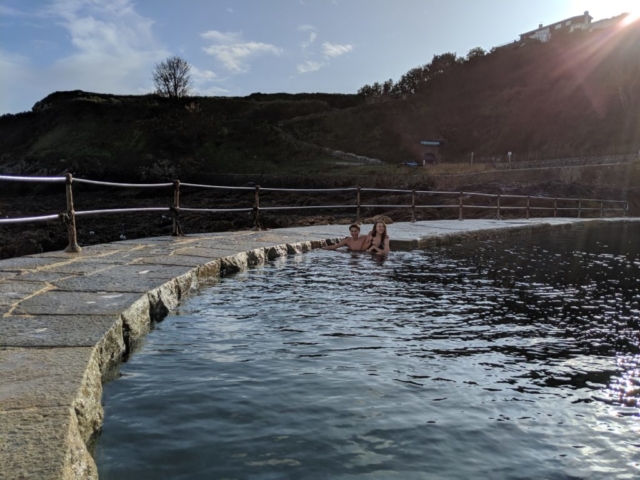 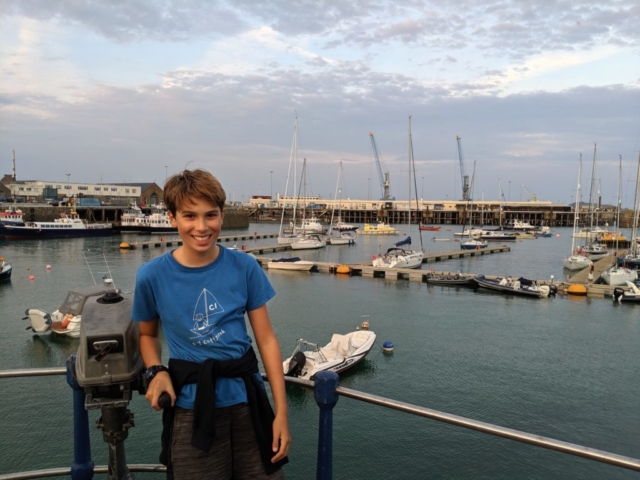 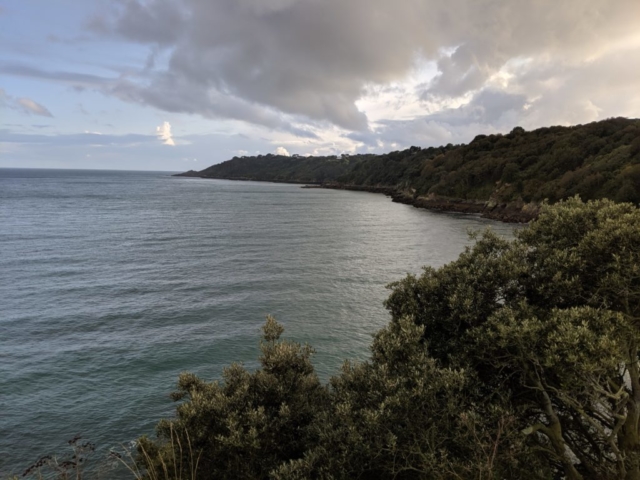 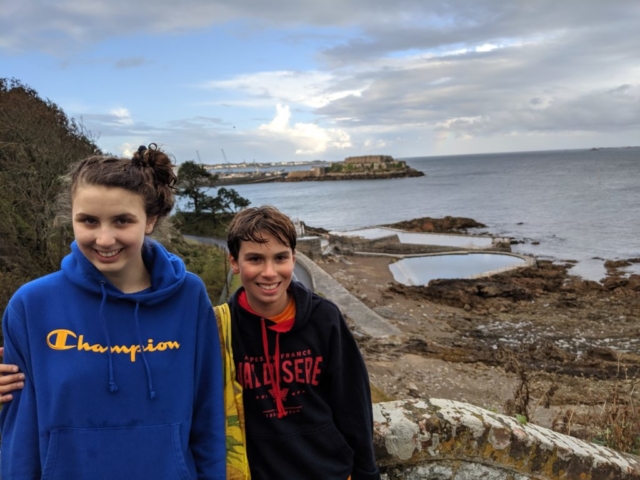 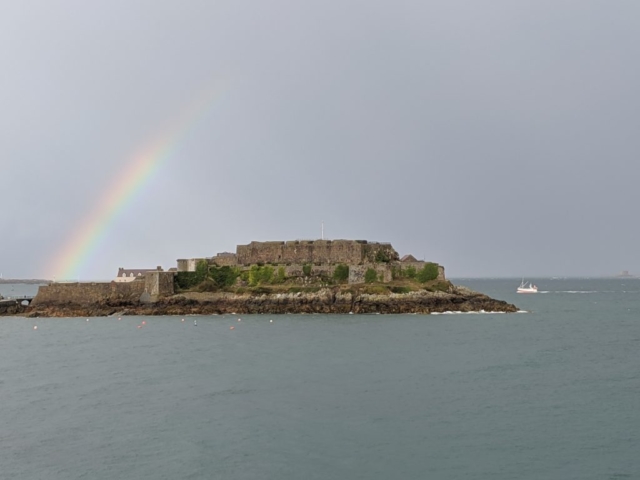 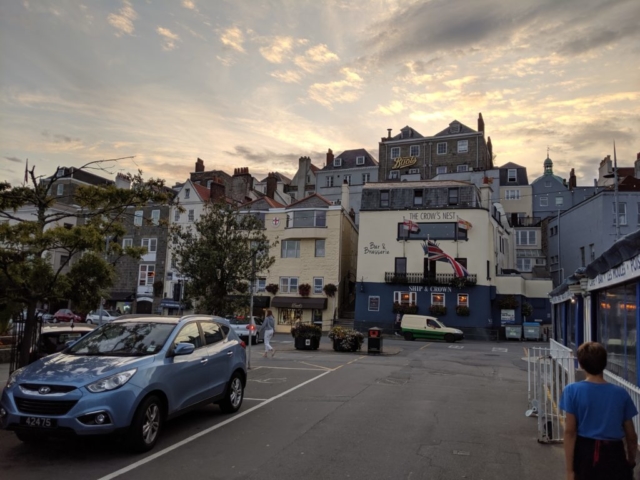 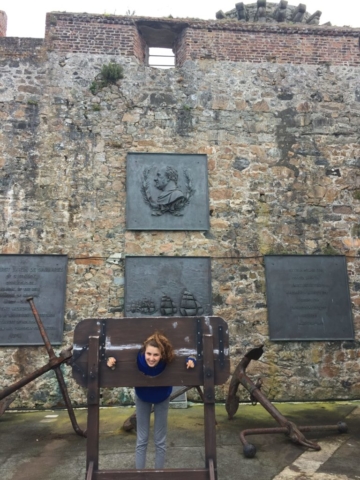